I&amp;#39;m not an expert in the python ecosystem, and am not sure what&amp;#39;s required from me to support asynchronous resolvers in an Ariadne schema. If it&amp;#39;s possible, I&amp;#39;d love a brief example...

mofas 05:10:36
Today Facebook is open sourcing Hermes, a small and lightweight JavaScript engine optimized for running React Native on Android. We are currently publishing a new patch release for React Native which will contain Hermes as opt-in.

Getting Closure on React Hooks by Shawn Wang | JSConf.Asia 2019

mofas 14:30:45
'Pair Programming' with GPT-2 trained on 2 million GitHub files. Straightforward near-term practical use of deep learning. I wish they had better examples - for example, I bet if you name a variable Gryffindor it will suggest Hufflepuff for the next one!
(link: https://tabnine.com/blog/deep) tabnine.com/blog/deep

TabNine is the all-language autocompleter. It uses machine learning to provide responsive, reliable, and relevant suggestions.

Jetpack Compose is a new declarative UI framework that is being developed in the open for Android. It has a very similar programming model to React, and this talk will dive deep into the internals of both to explain the similarities and differences in the architectures of both, and how React Native might be able to leverage some of this technology long term. 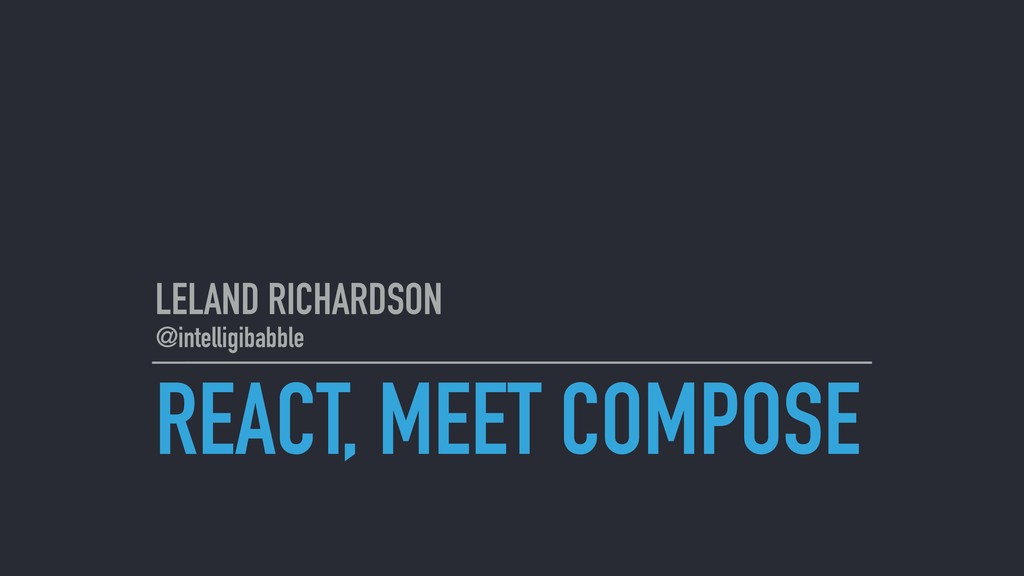 Algebraic Effects for the Rest of Us

Want to know more about FP?